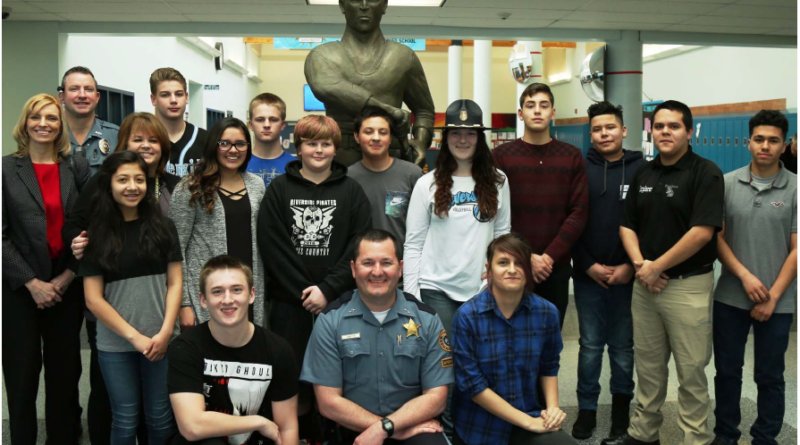 Fast forward to today, where over 1150 Oregon Schools and over 530,000 students are served by trained staff that are available 24-hours-a-day, 365-days-a-year reached through a phone call, text message, website or mobile application. Students and other members of the public can anonymously report or share confidential information of a threat or a potential threat to student or school safety.  The kinds of tips that can be reported are anything that makes a student feel unsafe or if a student knows someone who feels unsafe.  Here are just a few examples of the types of tips received: safety threats, violence, threats of violence, fights, drugs, alcohol, weapons, harassment, intimidation, friends that talk about hurting themselves, self-harm, bullying or cyber-bullying.  These tips received are properly analyzed and routed for the most appropriate follow up and urgency.  This may be to school officials, law enforcement, community mental health programs or other appropriate local or state agencies.

How do we measure the success of the SafeOregon tip-line?

This is a hard complex question to answer.  What we know is that students continue to use the tip line in greater numbers each year.  As of November 30, 2019, the tip line, since being launched in January 2017, has received just under 5,000 tips.  With the #1 tip being bulling or harassment.  We know that lives have been saved due to the use of SafeOregon.    Recently, one of our own OSP employees shared a story about his son.

“I talk very frankly with my son about what he should do in certain situations and I talked with him several months ago about suicide prevention and what he should do if he hears someone talking about killing themselves.  The other day my son told me about a friend of his.  He told me that his friend said a few times that they wanted to kill themselves.  He continues by saying that his friend has started to become sad and didn’t want to play together anymore.  I asked a few questions about his friends’ behavior and what else this friend said.  The friend didn’t want anyone to know about what they said but had said that they wanted to kill themselves several other times.  My son thought that he would be betraying his friends trust by telling his teachers or other people, and was close to tears himself about telling me.  I assured him many times that he did the best thing for his friend by telling me.  I pulled out my phone, installed the SafeOregon app, and we wrote a tip for this friend.  I explained to my son how the SafeOregon tip line worked and that it will get his friend the help they needed.  I told my son how proud I was of him and being able to tell me and help his friend.

The next school day my son came home practically bouncing and told us that his friend was much happier, but that his friend was leaving to live with another relative.  We learned from other sources that the friend’s living situation was not healthy.  I again told my son how proud I was of him by coming forward to help his friend.

If this one tip may have helped this child, I can just imagine how much of a difference that program is having on the hundreds of thousands of other students enrolled in that program.  The SafeOregon tip line was started to help prevent bullying, but just look at some of the ways that we can help Oregon kids.”

Education, communication and awareness is how we start to evoke real change for Oregon student safety.  Talk to the youth in your life, have the conversation with the schools in your neighborhoods, share the importance of speaking up for those who may not be able to speak for themselves.

To find out more information, resources and tool that can be used to educate check out